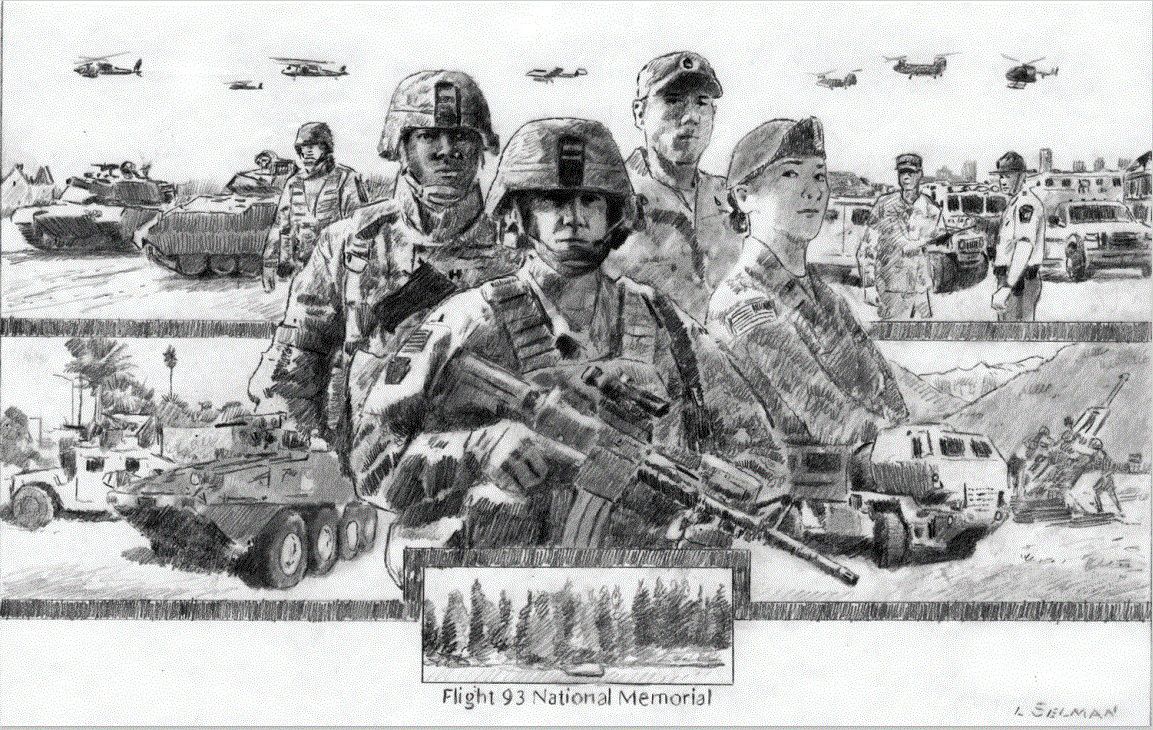 The actual print will be in color but Selman recently completed the concept sketch.
Selman worked with public affairs and gathered imagery from over the past 20 years to help develop the concept.
According to the division mess page, the soldiers represent the diversity of the division, their uniforms symbolize the transformation of the National Guard from a strategic reserve to an operational force.
The scenes represent the different theaters of operations and mission sets (European Peacekeeping, Domestic Operations within the Commonwealth and Combat Operations in the Middle East and Afghanistan) as well as the Flight 93 National Memorial in Somerset County, Pennsylvania to commemorate the events of September 11, 2001.
Follow link for more information.